One of the greatest memories I had in the US is definitely Dodgers ball games.
2013 was a big year for Korean baseball fans because the NO. 1 Korean pitcher, Hyun-Jin Ryu, made his hot debut in that year!

I was fortunate enough to watch his game in the Dodger Stadium!!! 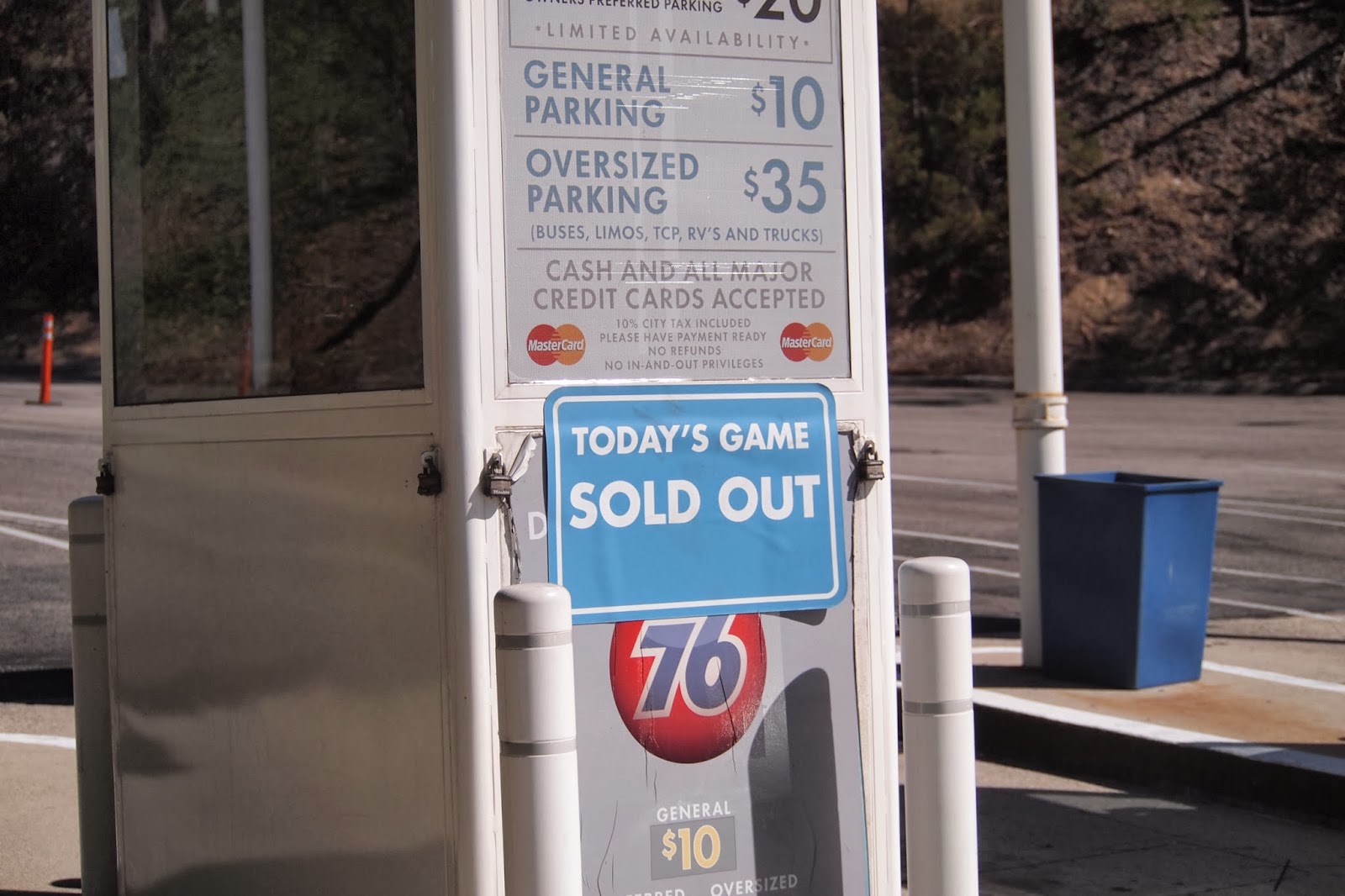 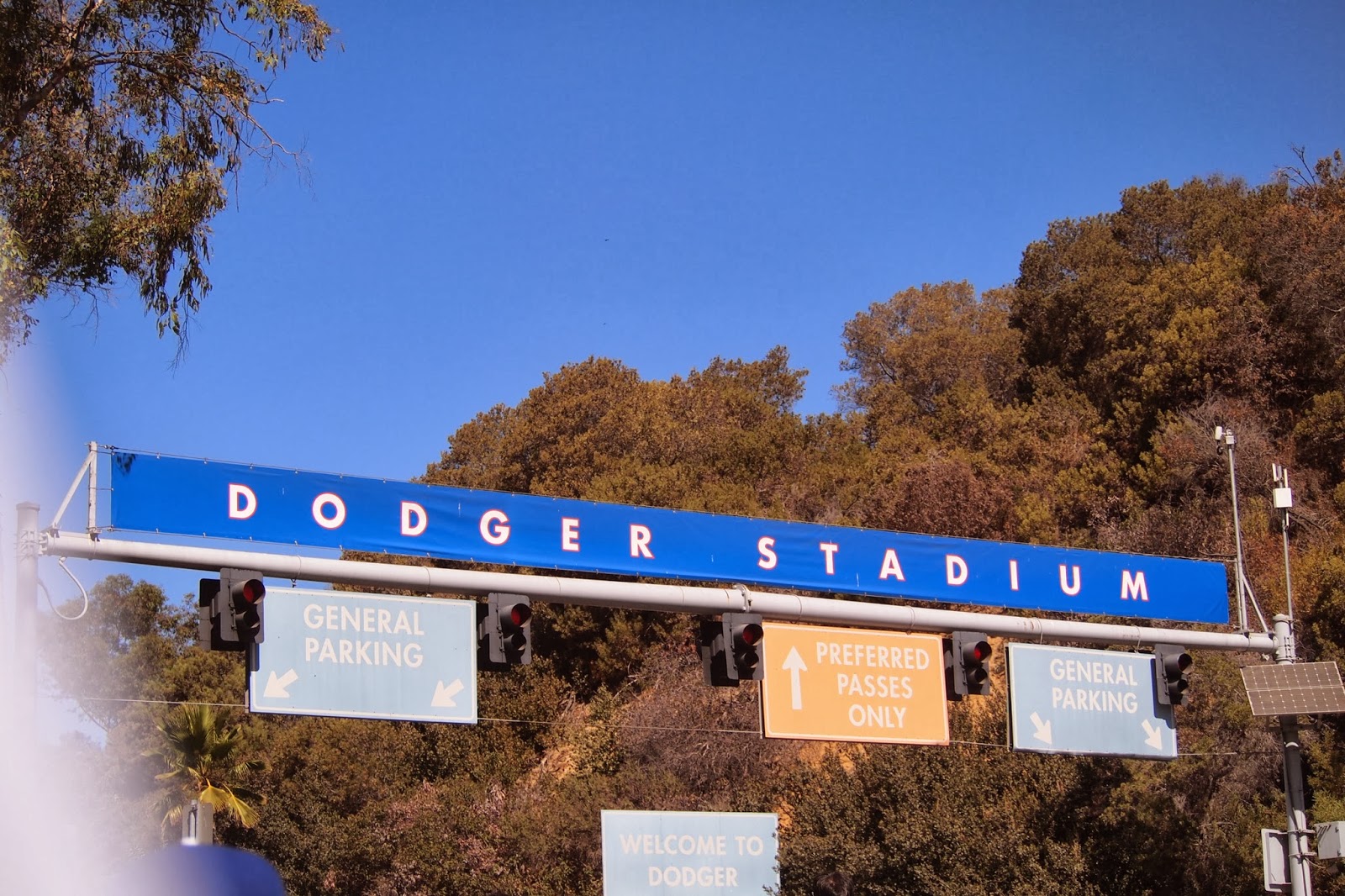 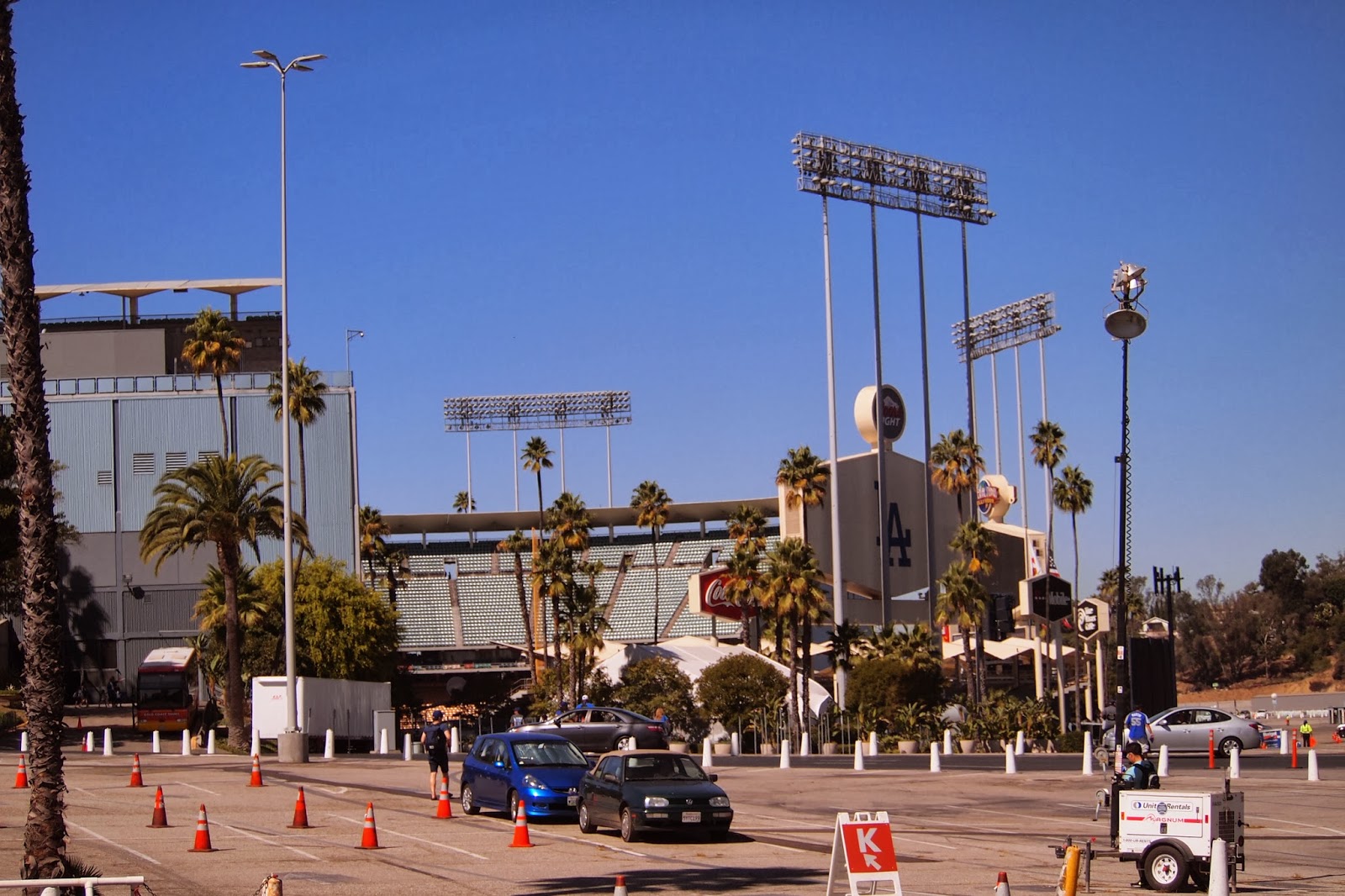 It was the last game of the regular season, so the tickets were sold out.
They named the day Fan Appreciation Day, so they gave away lots of gifts, such as season tickets and even a car!
Unfortunately, there was nothing for me. 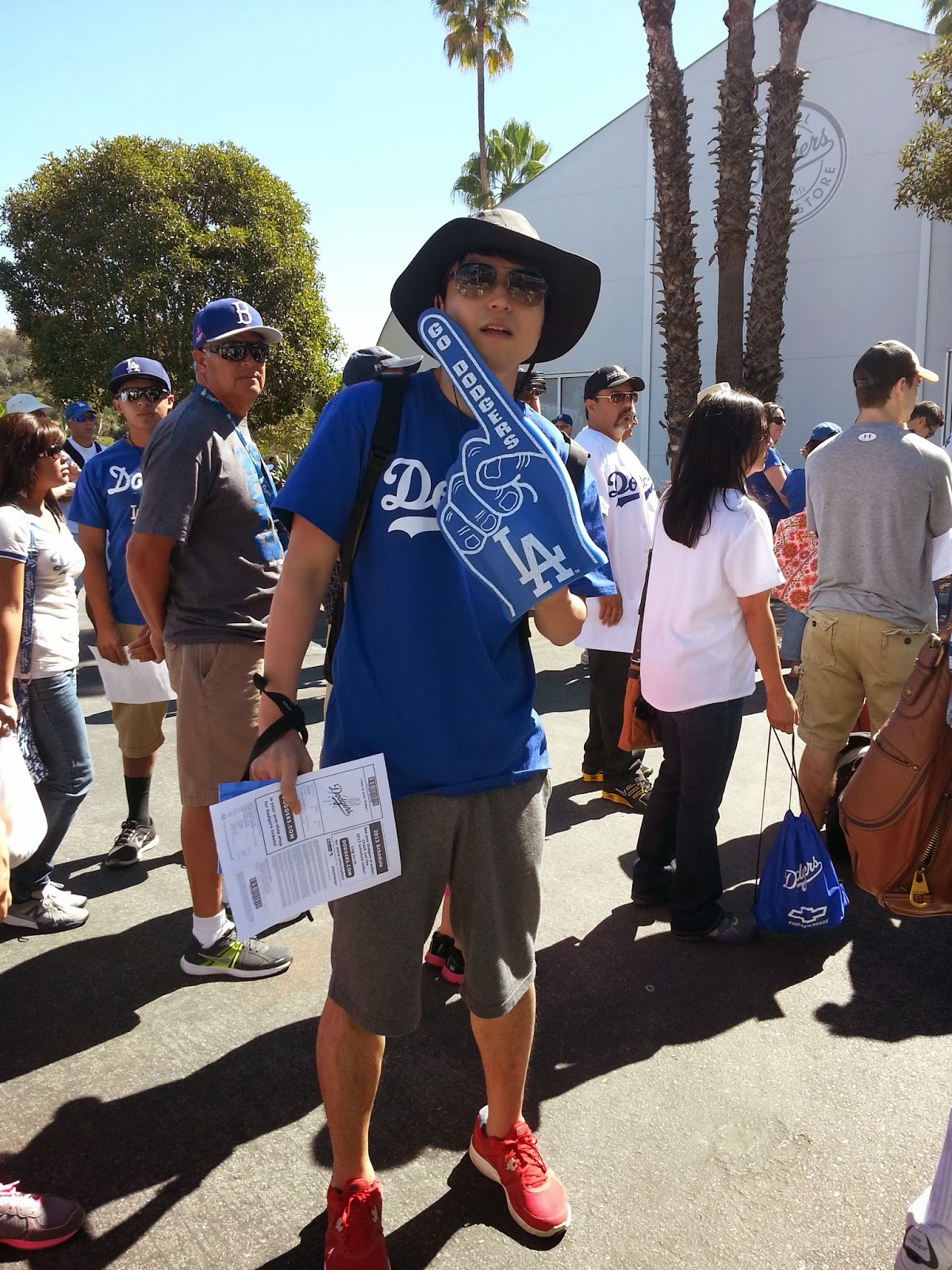 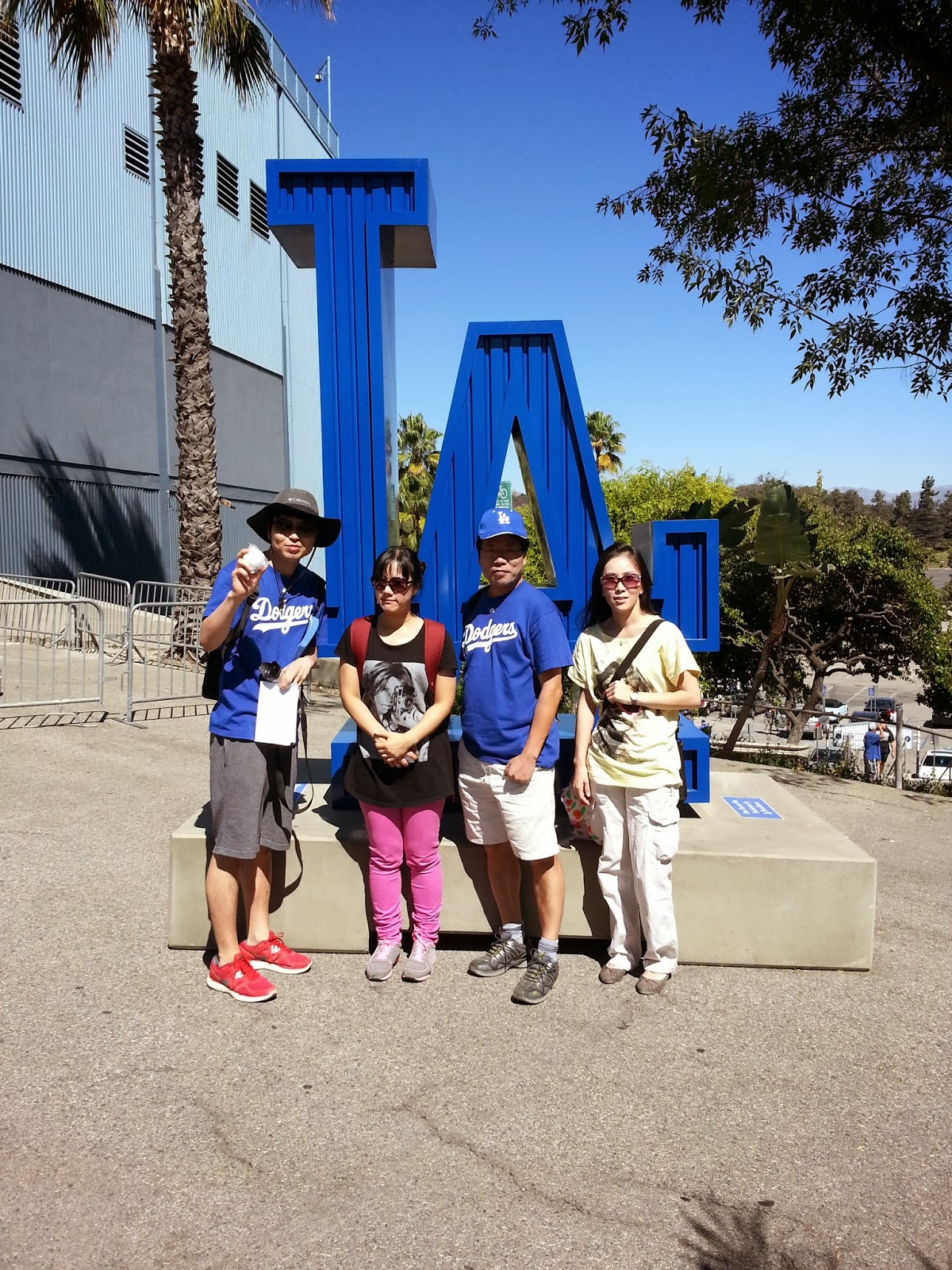 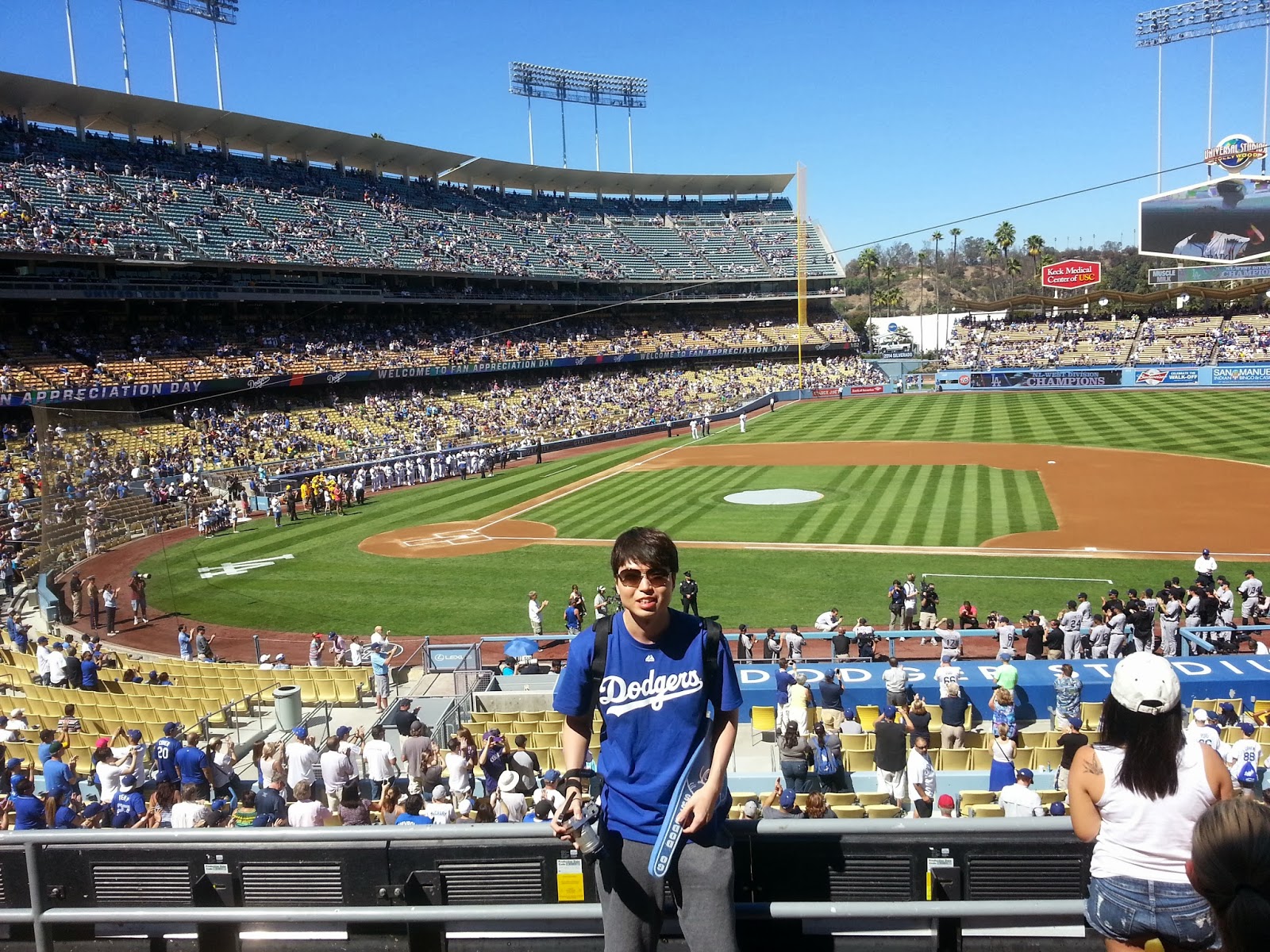 It was a huge stadium and the field was so green. It was a beautiful day as always.
The weather in Southern California is so nice. I really miss the blue sky.

It is not easy to predict the starter of the game. And of course it is not easy at all to go to the ball game that your favorite pitcher is starting.

However, I was lucky enough to see him pitching, Mr. Ryu.

Obviously, he was not in his best condition. He barely made 3 innings in that game.
However, watching him pitching in Dodger Stadium was a very touching moment.
I was so proud of him.

Even though he had a sensational season last year, I am sure he will do better next season.
I am looking forward to seeing his progress.

The game was against Colorado Rockets. It was a historical game for the fans of Rockets, since it was the last game for the legendary hitter, Todd Helton.

When he was walking down from the home plate, he received a standing ovation. 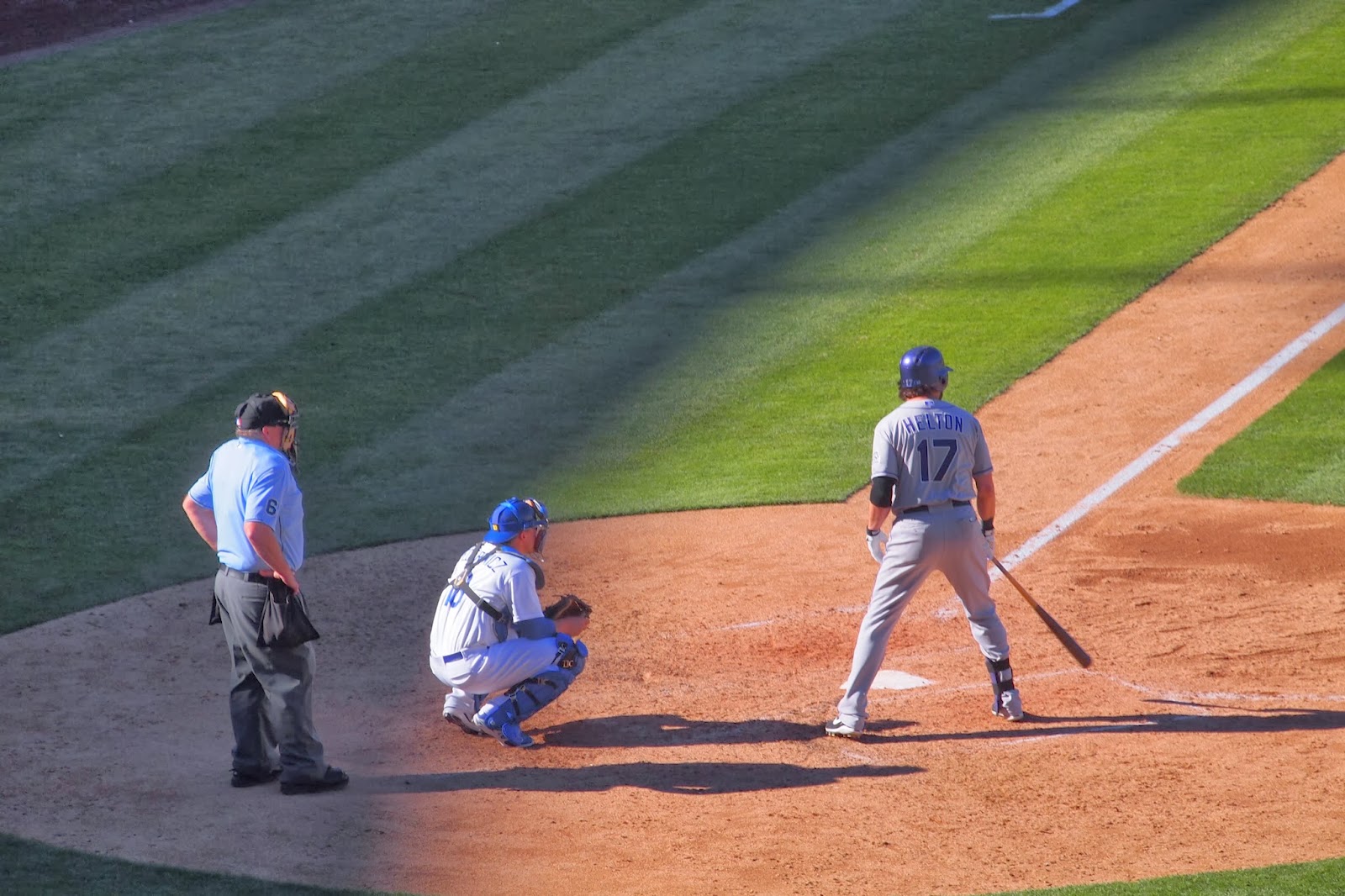 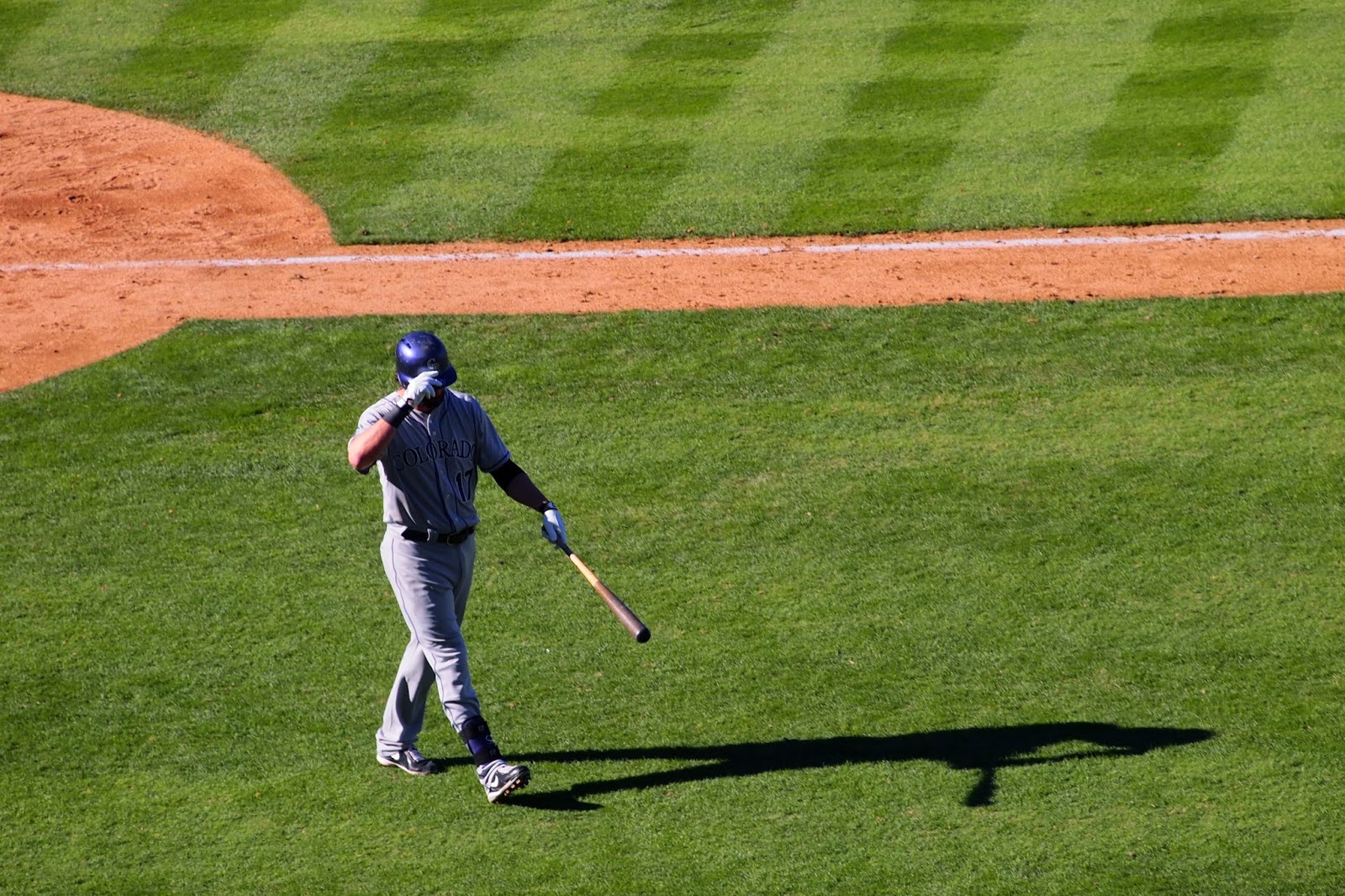 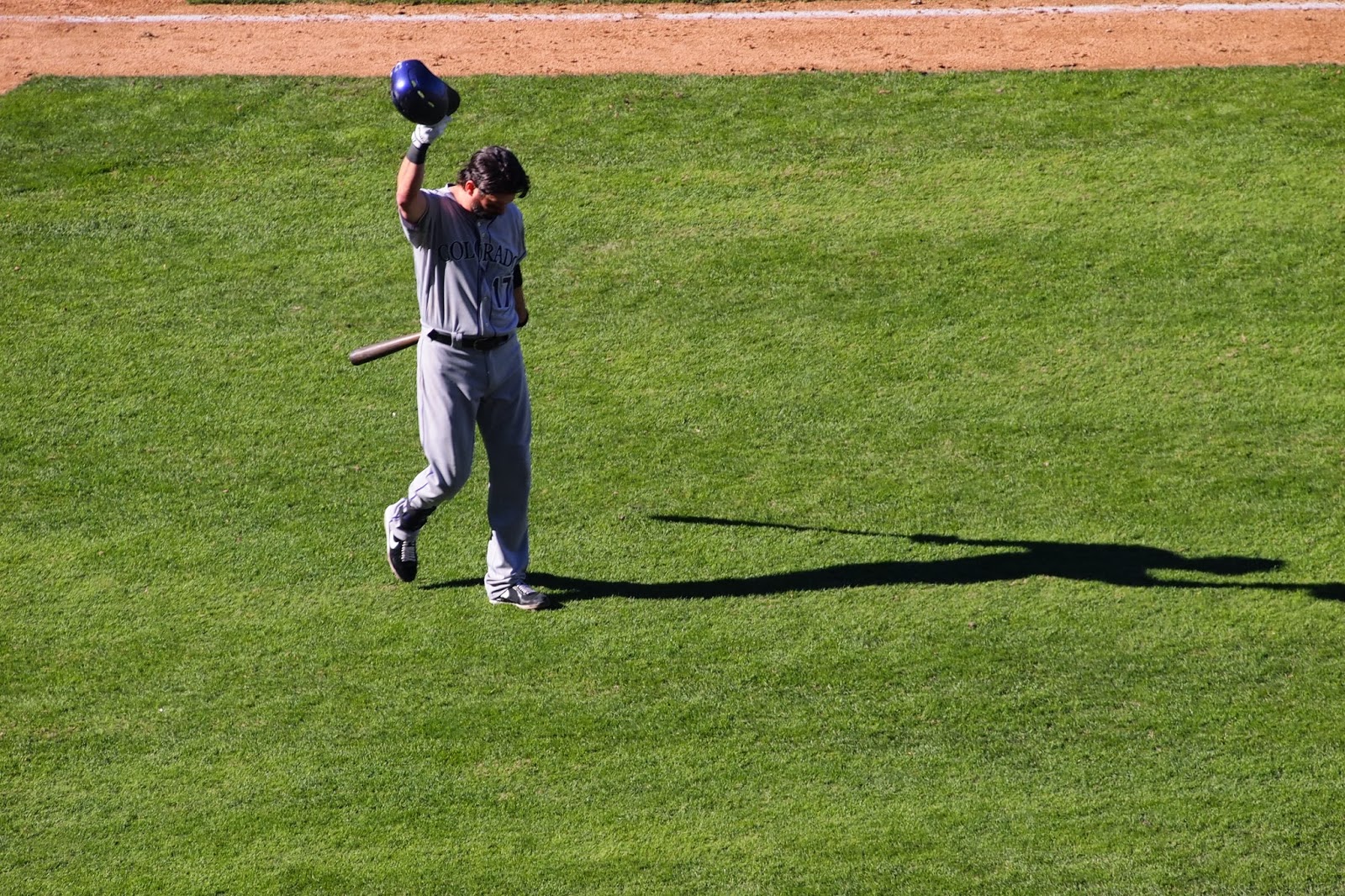 And he responded to the fans in the stadium by raising his hand with his helmet. He seemed very moved by the standing ovation.

If you don't know who Todd Helton is, watch this video.


And his last at-bat


It was very nice to see that the fans even in the away game showed respect to the legendary player.
Very nice.

I think I am probably not going to visit that stadium again. But as a baseball fan and a fan of the Korean monster, it was a memorable day.

My Life in Riverside

I am staying in Riverside, CA.
I met a really nice home stay family.
I am enjoying my days here. 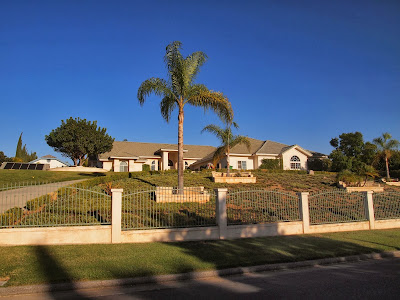 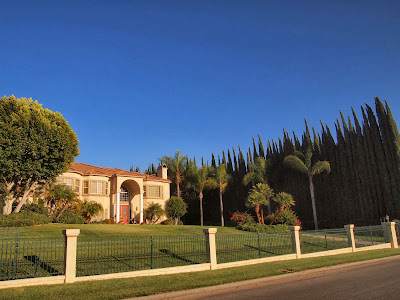 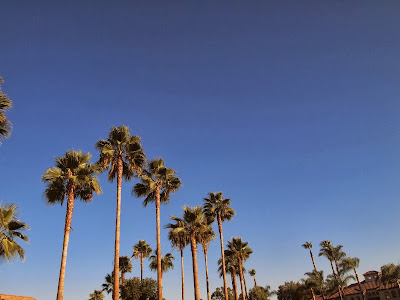 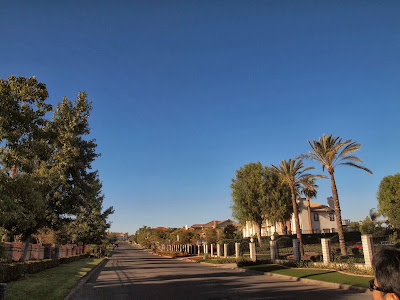 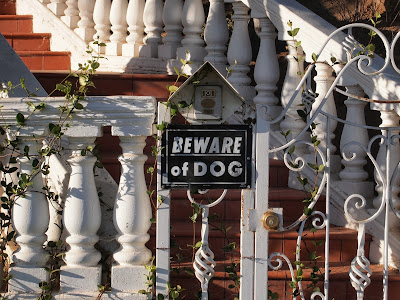 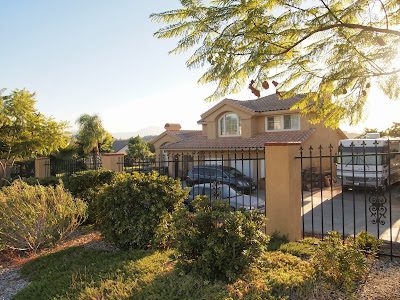 I walked around near my home stay house the other day.
The houses looked just AWESOME!! 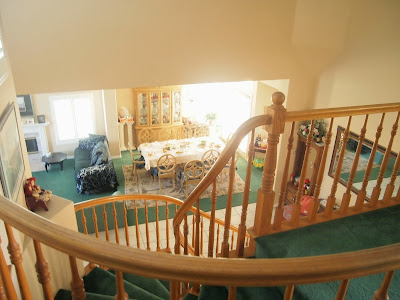 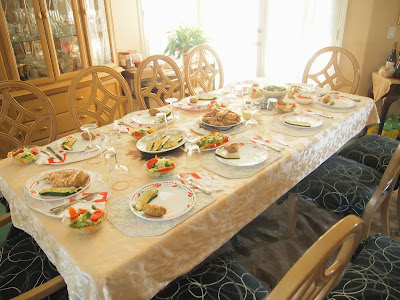 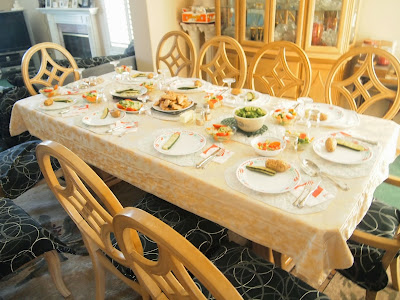 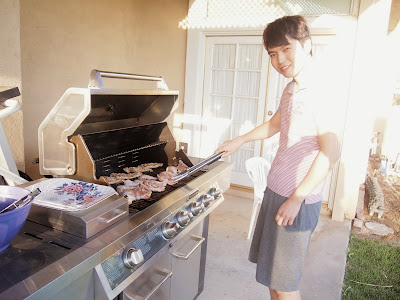 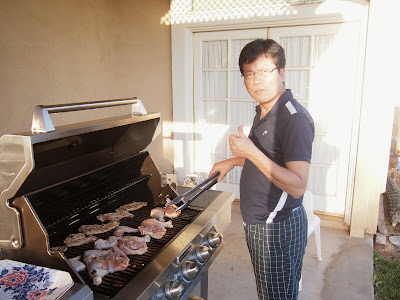 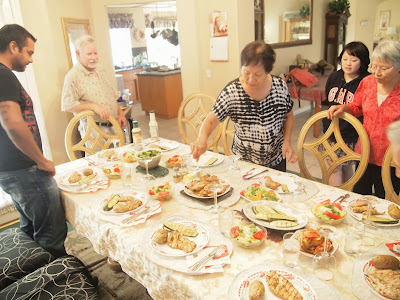 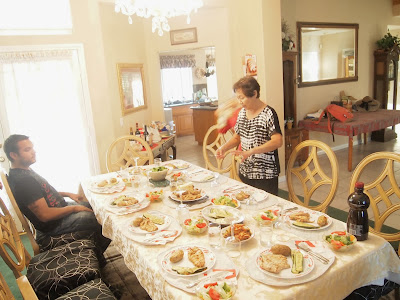 And we had a great chicken party!! I met a gentleman from Switzerland who lives next door.
He told us many interesting stories and I really enjoyed them.

Now I think I overcame jet lag. I really love the clear skies in California.
Posted by Unknown at Wednesday, October 02, 2013 2 comments:

Posted by Unknown at Wednesday, September 18, 2013 No comments:

Email ThisBlogThis!Share to TwitterShare to FacebookShare to Pinterest
Labels: Stories

Posted by Unknown at Saturday, September 14, 2013 No comments:

Albert Einstein Quotes:
“Imagination is more important than knowledge. Knowledge is limited.”
“Anyone who has never made a mistake has never tried anything new.”
“In the middle of difficulty lies opportunity.”
“I think and think for months and years. Ninety-nine times, the conclusion is false. The hundredth time I am right.”
“The only thing that interferes with my learning is my education.”
“The whole of science is nothing more than a refinement of everyday thinking.”
“Education is what remains after one has forgotten everything he learned in school.”
“The important thing is not to stop questioning. Curiosity has its own reason for existing.”
“Do not worry about your difficulties in Mathematics. I can assure you mine are still greater.”
Thomas Edison Quotes (invented the light bulb):
“Many of life’s failures are people who did not realize how close they were to success when they gave up.”
“I am not discouraged, because every wrong attempt discarded is another step forward.”

Benjamin Franklin Quotes (discovered electricity):
“He that is good for making excuses is seldom good for anything else”
“Do not fear mistakes. You will know failure. Continue to reach out.”
“By failing to prepare, you are preparing to fail.”
Posted by Unknown at Friday, September 13, 2013 No comments:

Email ThisBlogThis!Share to TwitterShare to FacebookShare to Pinterest
Labels: Stories

Last night I had the strangest dream,
I'd never dreamed before.
I dreamed the world had all agreed
To put an end to war.

I dreamed I saw a mighty room,
An the room was filled with men.
And the paper they were signing said
They'd never fight again.

And when the paper was all signed,
And a million copies made,
They all joined hands and bowed their heads,
And grateful prayers were prayed.

And the people in the streets below
Were dancing 'round and 'round,
And guns and swords and uniforms
Were scattered on the ground.

Last night I had the strangest dream,
I'd never dreamed before.
I dreamed the world had all agreed
To put an end to war.


I am deeply touched by this song.
What a beautiful message delivered by a beautiful voice.
This melody has been sung by many artists,
but I think this one is the best.
The crowds gathered to protest the Vietnam war
inspire me a lot.
Posted by Unknown at Tuesday, September 10, 2013 1 comment:

Email ThisBlogThis!Share to TwitterShare to FacebookShare to Pinterest
Labels: Songs

Posted by Unknown at Monday, September 09, 2013 No comments: